The Cell in Vladimir by Charles Wood

On 2 September 1944, a German Wehrmacht Liaison Officer was captured by the Russians in Bucharest. His name was Lieutenant-Colonel Heinz-Helmut von Hinckeldey and he was to remain a “war convict” of the Soviets until 1955. For 11 years, Heinz-Helmut von Hinckeldey had to endure the deprivation – both physical and psychological – of imprisonment; the filth and squalor of the cells, in which he was kept; the agony of isolation and repeated self-examination; and the pain of ignorance, of not knowing if his motherland (Germany) still existed or whether those he loved, ever realized that he was alive. The personal Story that, like countless others, would never have been told, had it not been for the admiration and fascination built up over time by the Author, Charles Wood

Charles Wood was commissioned into The King’s Own Scottish Borderers (25th Foot). He attended the prestigious British Army Staff College at Camberley and was selected, as his first Staff Job, to be The Military Assistant to Major-General Heinz-Helmut von Hinckeldey, The Chief of Staff at HQ Northern Army Group at Moenchengladbach, Northern Germany. Later in his career, he commanded a rifle company in 1KOSB, became its Second in Command and, as a Lieutenant-Colonel, commanded the 6th Battalion the Royal Regiment of Fusiliers. Charles is an accomplished downhill skier, artist and bagpipe player. In addition, he is fluent in German. He, together with Isabel, lives outside of Crieff in Perthshire.

I have just finished reading your book. And enjoyed it greatly!

What an inspiration to have got to know General Heinz and worked with him on a project like NATO. He truly sounds like one of those rare people who have experienced the awful and use it as a source of energy to make the world a better place.

I really liked the way you contrasted his isolated and almost timeless period in prison against the events in the world beyond the prison walls. It was a clever way of holding the reader’s interest through what must have been a stiflingly tedious time for the prisoners and at the same time showing just how much they were missing and how long the time was.

It was uplifting to read of his Rotary activities and his efforts to build bridges between Germany and Russia. What an amazing way of addressing his own reaction to having been a part of Barbarossa.

Thanks for sharing General Heinz’ story and congratulations on an excellent book.

Finally, I come to thank you for this wonderful book about my father.

He kept telling me that you wanted to write it. Now it’s in front of me and father would be just as happy about it as I am. I can’t express how delighted I am. Thank you for your effort and many hours of work – it’s just great. 8.07.21

In Vladimir, Charles Wood has penned a fascinating account of the life of the former Wehrmacht and then Bundeswehr officer Major General H H von Hinckeldey. Embracing both the wartime and post-war experiences of von Hinkeldey, the book shines a light on a dark and now largely forgotten aspect of German military history – the fate of those officers and men imprisoned in the Soviet Union during and after the Second World War. Equally valuable is the record of von Hinckeldey’s final appointment as Chief of Staff of Headquarters Northern Army Group, 1968-1973, during which period the author served as his Military Assistant for a couple of years. Highly recommended. 27.06. 21

What a debt Heinz-Helmut von Hinckeldey’s family owe you for recording his remarkable career. You must feel very privileged to have him as a friend. 24.05.21

Thank you, Charles for a fantastic labour of love for an amazing man and his extraordinary life, enduring such a very tough hardships and isolated existence for so long, but then, inspiringly, rebuilding his life so successfully and bravely. Beautifully put together and illustrated. Many congratulations. 26.05.21

You’re really lovely book arrived yesterday, and we are all queuing up to read it. You have made a superb job of it – lovely cover front and back, lots of photos and on superb paper. A real pleasure just to hold! Let alone read. 25.05.21

The book “The Cell” is a real treasure for anyone interested in contemporary history. On the one hand, of course, because of the eyewitness accounts from the Second World War and the living conditions of German prisoners of war and war criminals in Soviet prisons and camps. On the other hand, however, because this well-founded report also tells of how the rise of a former Wehrmacht soldier to the highest ranks of NATO is possible. And, finally, the author lets us in on a great British-German comradeship that lasts beyond death. General Heinz would be proud of you! 04.06.21

This is a fascinating account of the eleven years spent by General Heinz-Helmut von Hinckeldey in Soviet isolation prisons from 1944 – 1955.

Whilst not delivering actual physical violence to their inmates, the regime was extremely harsh with limited food, little exercise, and cells frequently housing several prisoners from other countries at a time. General Heinz coped with this admirably, learning to converse with his fellow inmates and helping to share their tribulations. The level of tolerance he learned in these circumstances served him well as one of the leading commanders in a multi-national NATO army during the Cold War.

Charles served as his Military Assistant, and in his book gives a fascinating and sympathetic account of the trials and tribulations encountered by this remarkable officer which helped to make him the fine senior officer he was.

I would strongly recommend this work to anyone with a military background. 01.06.21

Having not long finished reading “The Cell in Vladimir”, I must congratulate you on a gripping story, excellently told.

General Heinz was clearly a great and gifted man. God knows we need people like him today. I hope you have a large clientele. I shall ask Surrey Libraries if they have the book and, if not, why not.

You are previewing: The Cell in Vladimir by Charles Wood 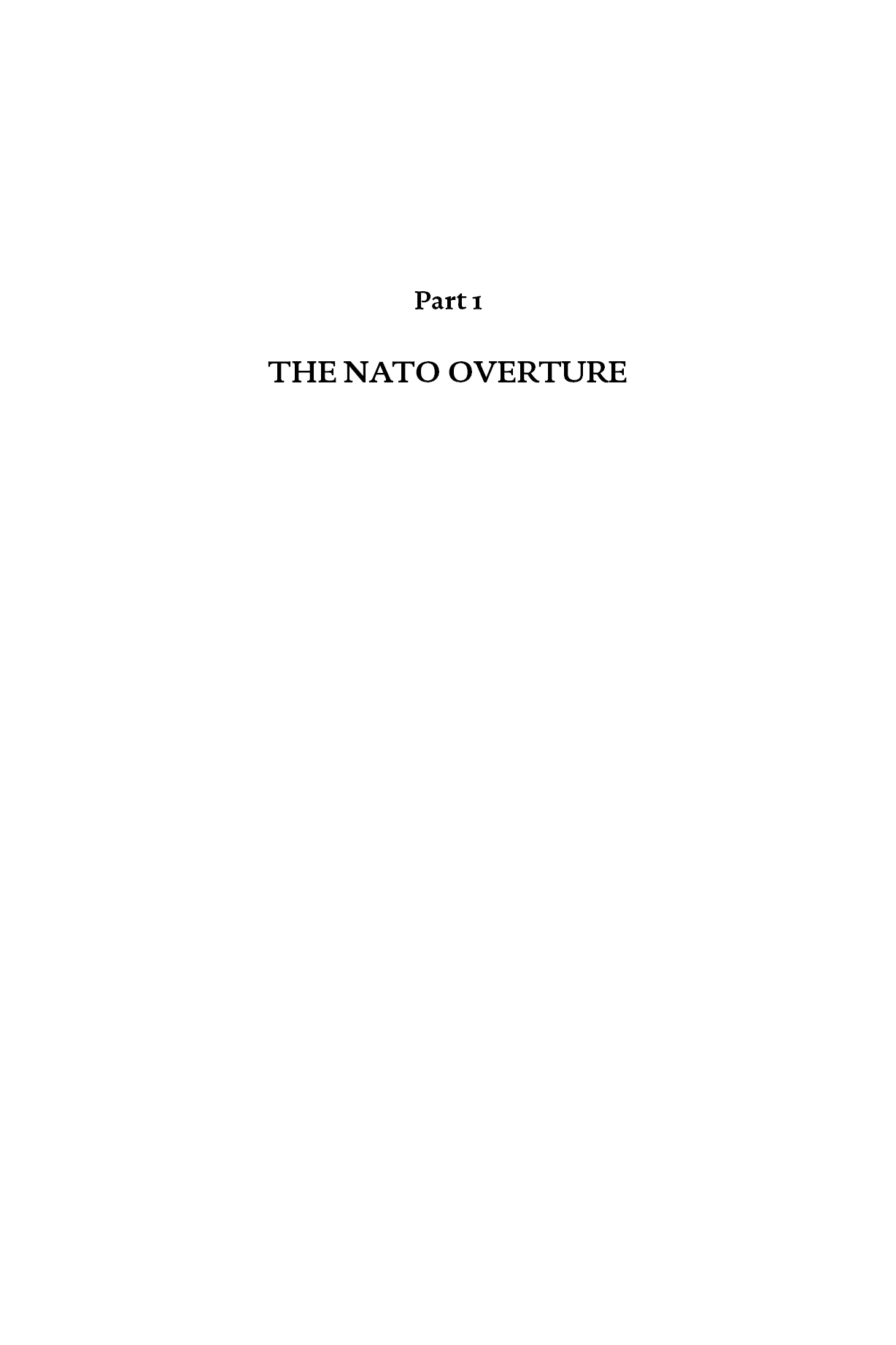 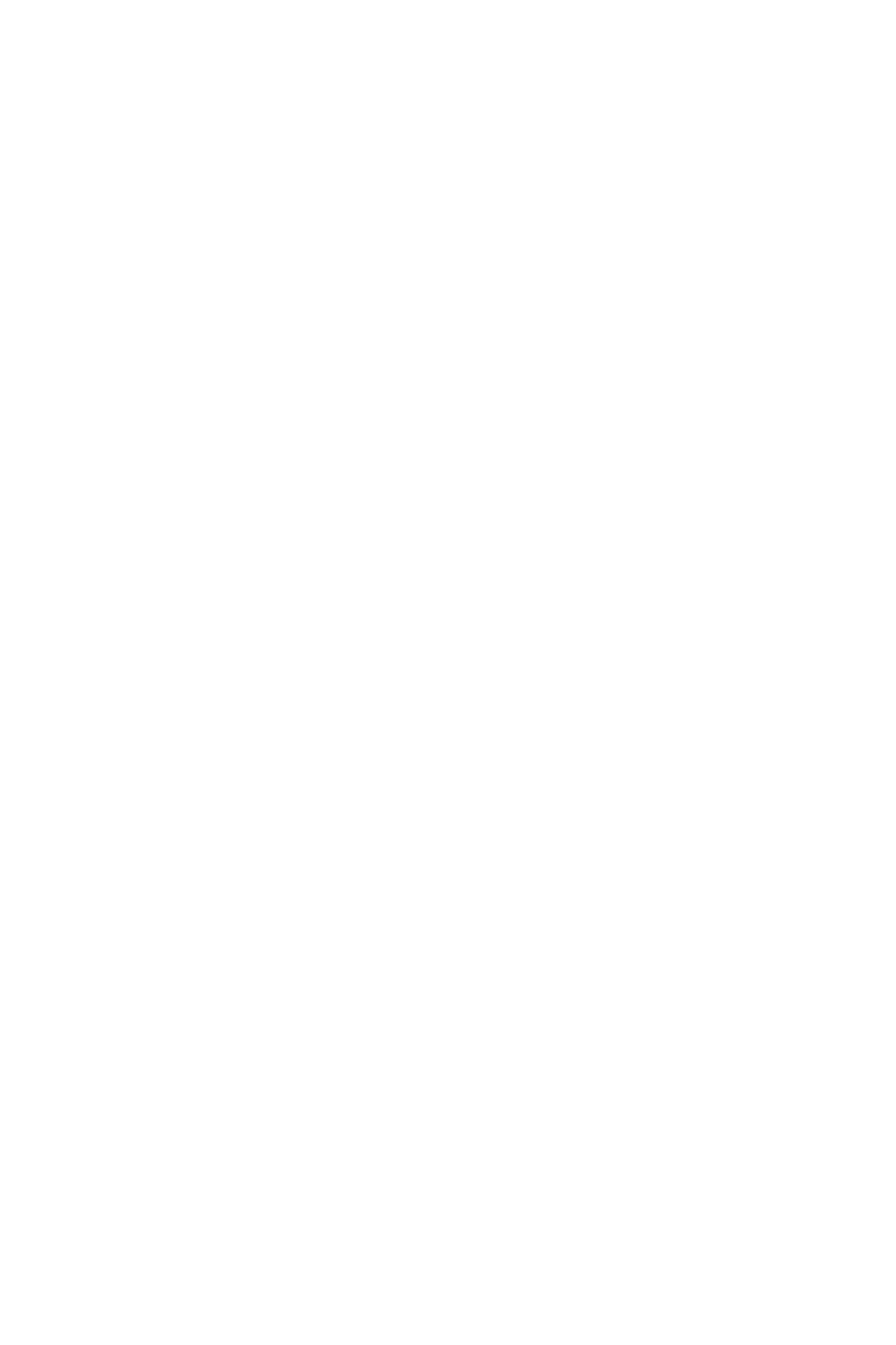 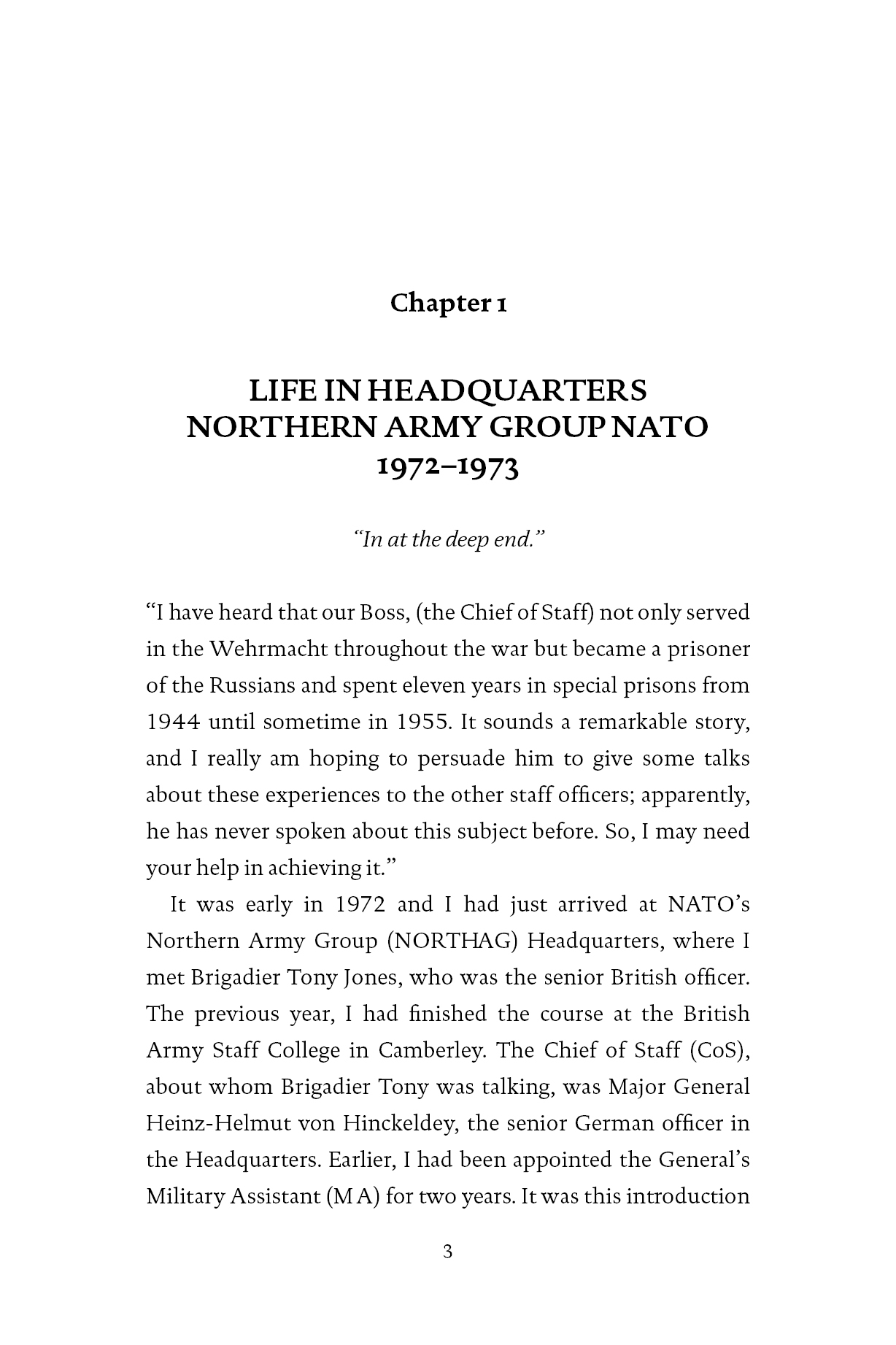 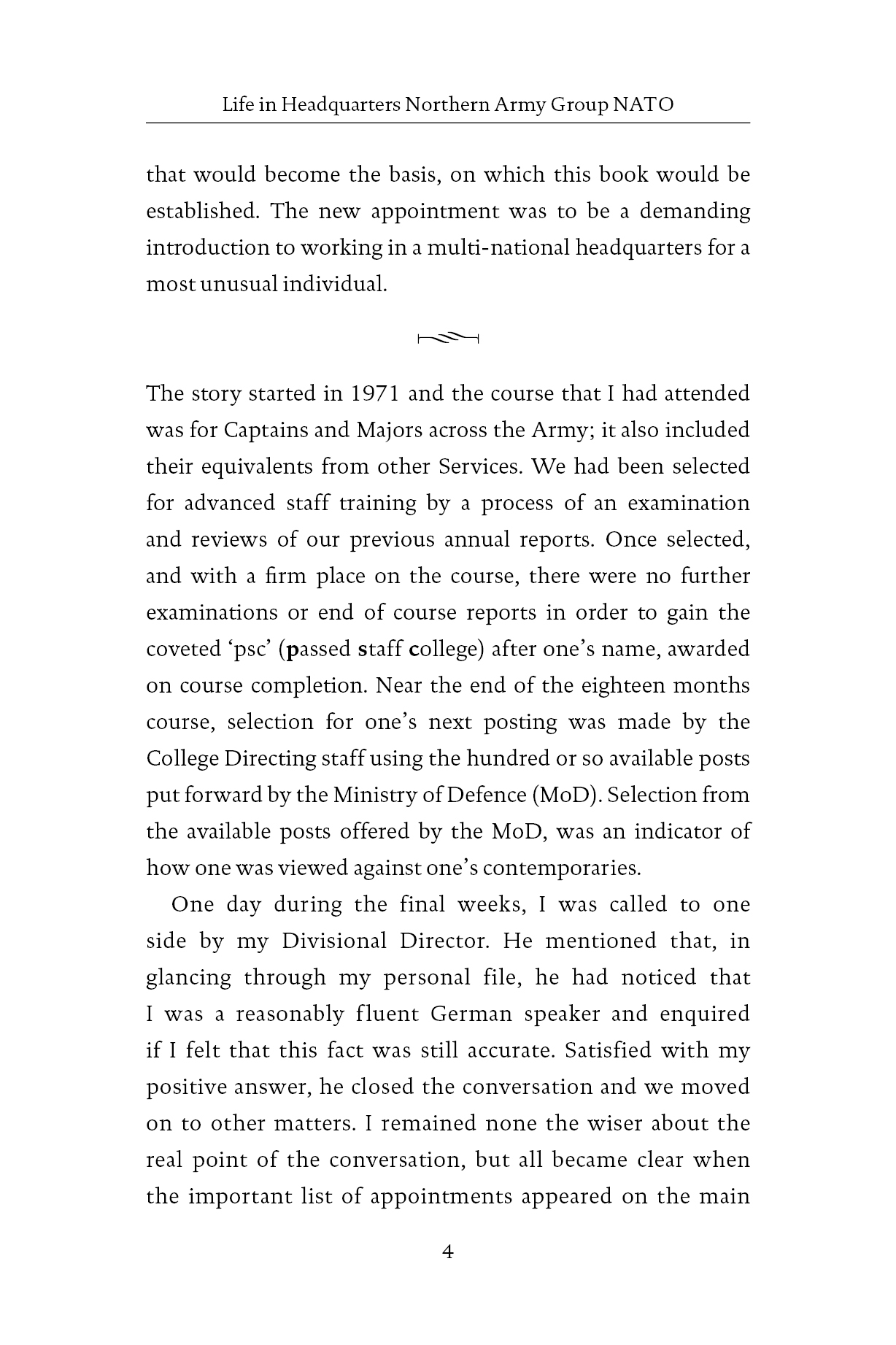 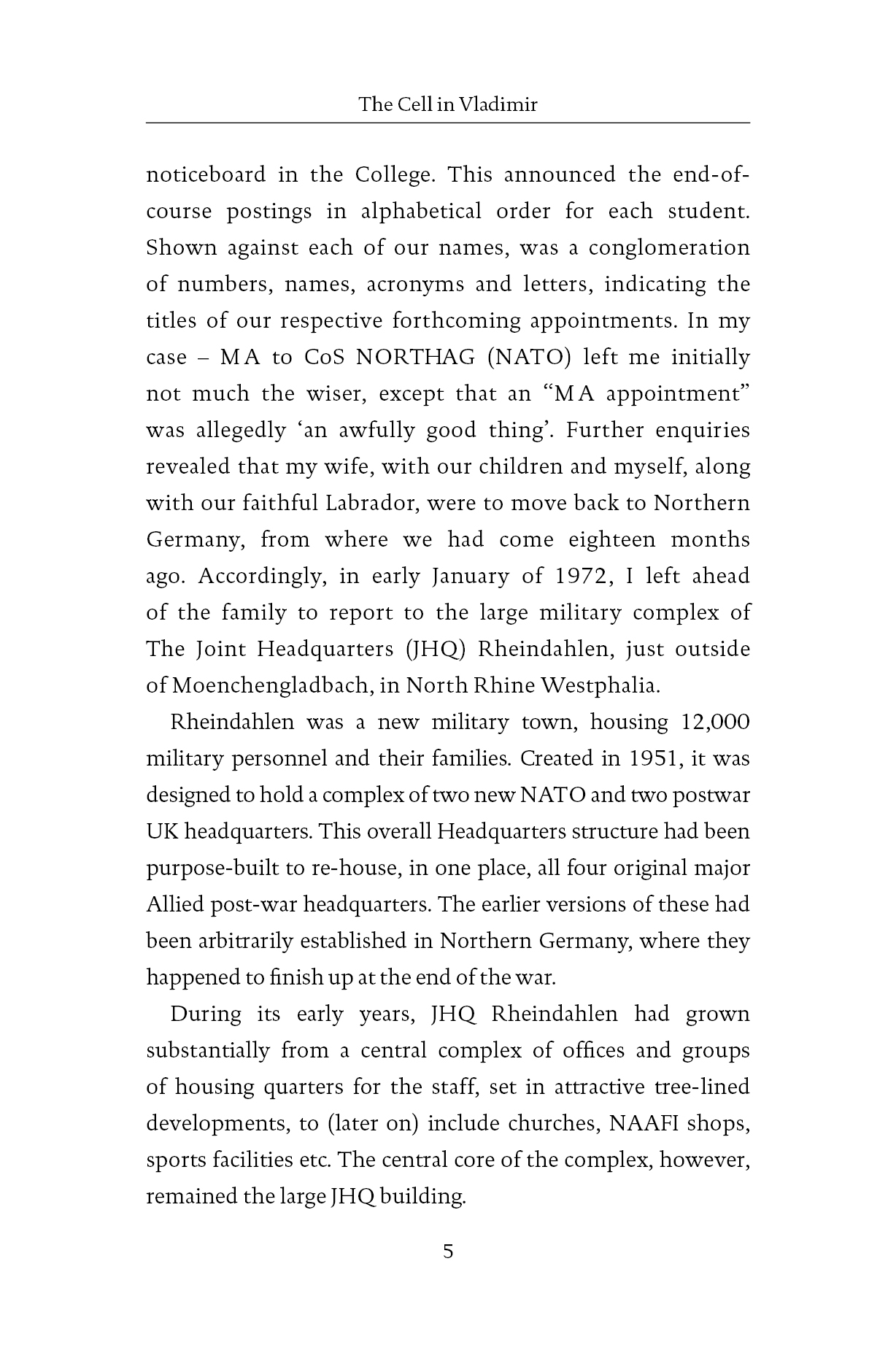 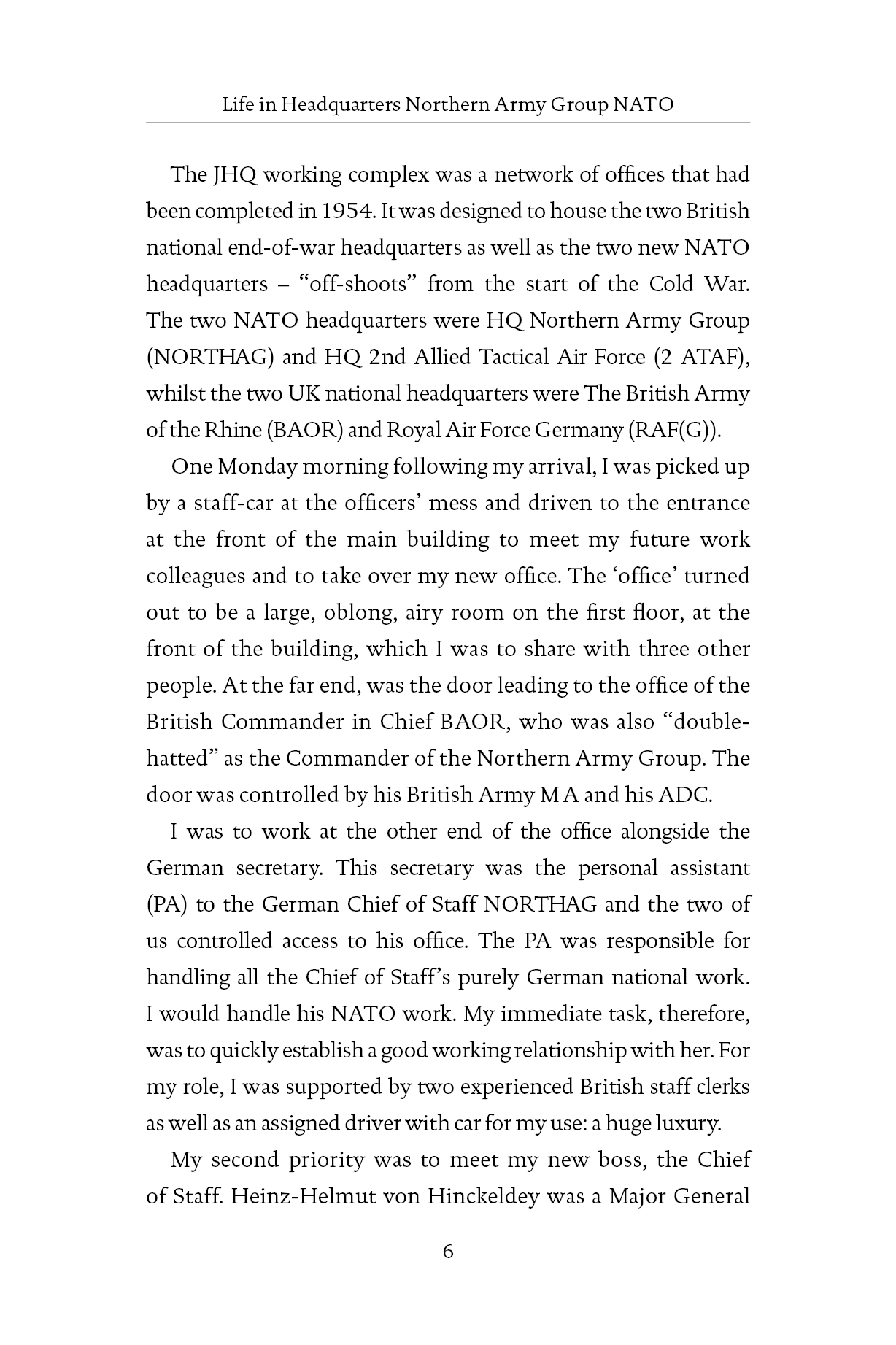 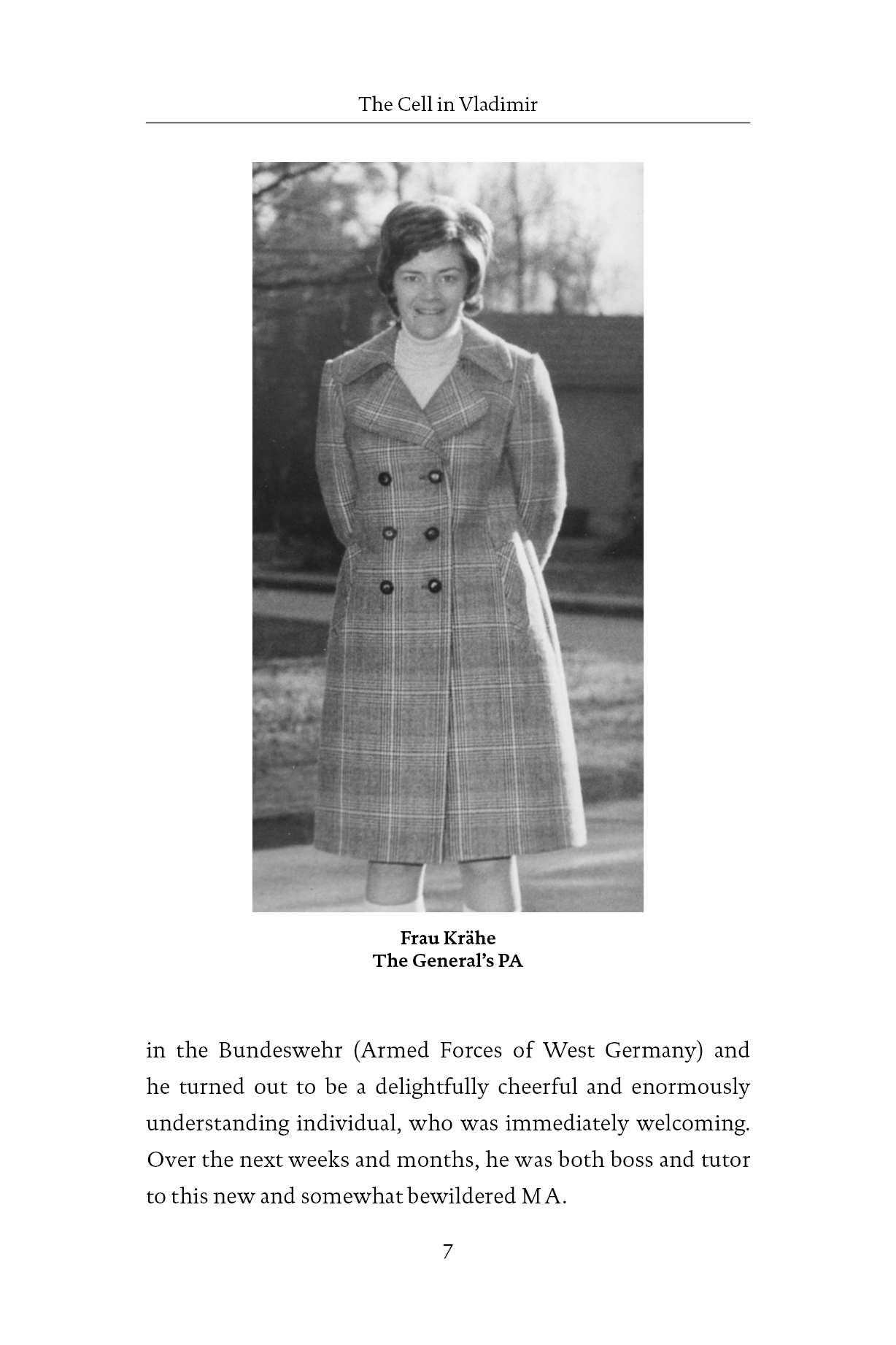 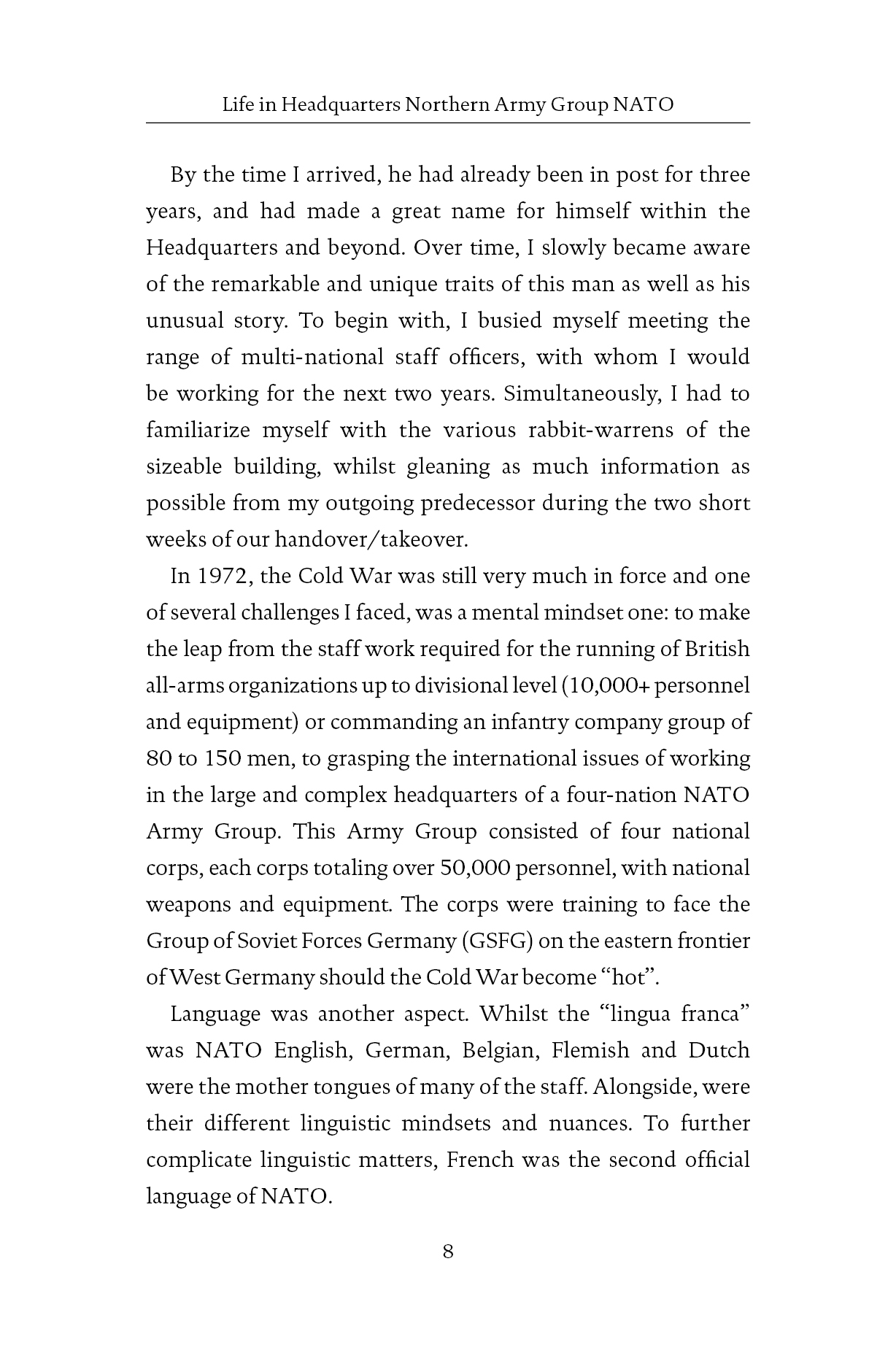 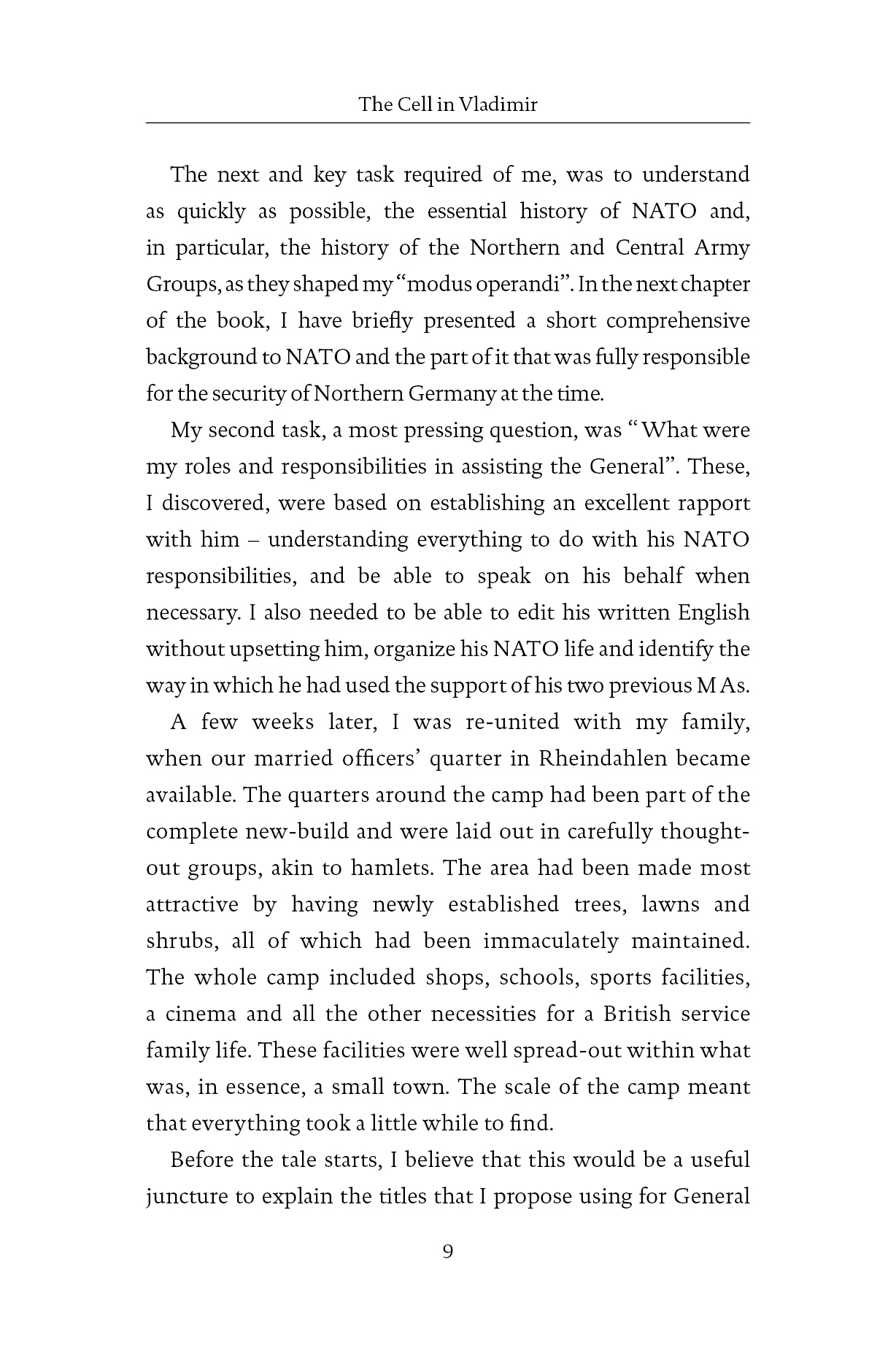 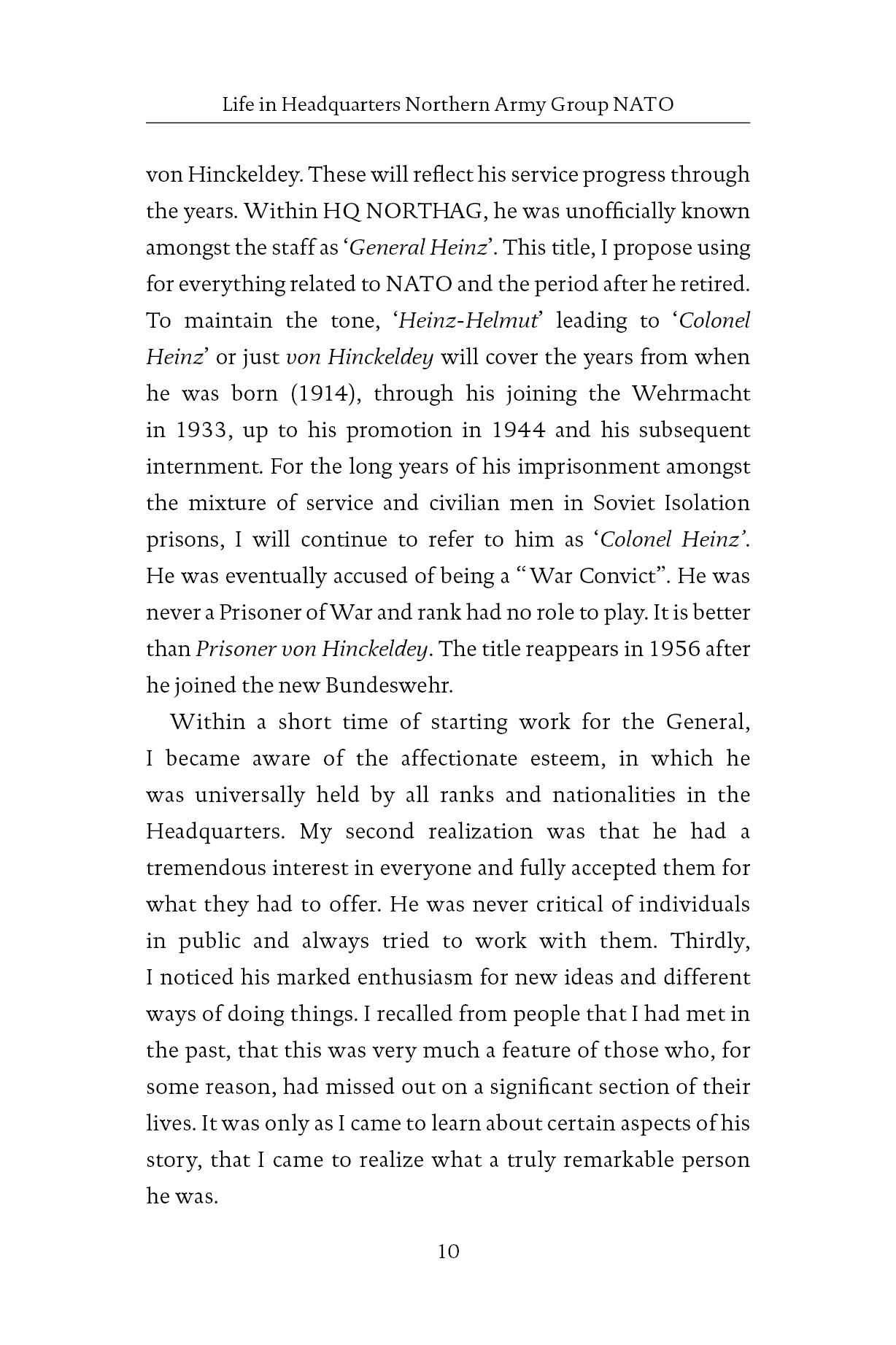